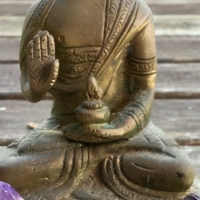 A baby is born into a family and immediately there are expectations. There are rules imposed upon him. Only he has no idea. If he’s born in the United States, he’ll likely be in a hospital and there’ll be immunizations and tests. Since he’s a boy, we’ll wrap him in blue. And if he is born in a religious environment he might be circumcised. These are rules and processes that we rarely think about but will follow religiously.

When we’re born we inherit a set of rules. They’re your parents’ rules, but they are also your culture’s rules. Your friends and associates. The church and local bar. The store, the coffee shop, the park, and even the mall have policies and rules. The unfortunate part is that no one thinks about them. They aren’t always written and if you walked up to someone they’d probably deny having rules. We don’t see the rules, the rules sometimes change, and no one talks about them. What kind of crazy game are we playing?

Can you imagine a playing a game and you’re not told the rules. They throw you a ball and you don’t know if you can kick it or toss it or run with it. Which direction? Then they yell when you are wrong? We are sometimes left guessing. Madness. That’s our world. Here are a few examples: