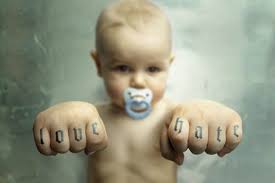 There’s a time when we have to face the truth. Ruthlessly walk through the fog and never look back. There’s a time to cling or to fight without mercy. If only we knew when those times were. Because just as there’s a time for ruthlessness, there’s also a time for mercy. For kinda-sorta-maybe. Gentleness is strong also.

I know ruthless. When I was growing up in a small town, I tightly gripped my faith and would not let it go. I believed. And no one could shake it from me. It wasn’t that I was afraid of punishment. No, I believed because I loved. I loved what my faith stood for, the God of all creation and all the stories of redemption that I learned. The prophets that spoke to me from pages of paper and ink. The stories were real to me, more real than any story I could read in a history book.

I was aware of how different I was at that time. Different than the other students in my classes. They let me know with every word and every glance. By the time I was in junior high I knew not to talk about these things. This created a cycle of hiding and shame. I connected to the stories of the lone prophets more and more. They were different and when I read passages like, “I knew you before I formed you in your mother’s womb, Jeremiah 1:5 or…Do not say, ‘I am too young, Jeremiah 1:7 ..I felt they were speaking to me. They brought me courage.

It’s hard to say what came first, the hiding or the connecting to the solitary. Maybe if it hadn’t been the Bible, it would have been another story or book. Harry Potter is a favorite of many kids because of his uniqueness. He’s misunderstood. He has special abilities. And in the end he triumphs.

When I was in therapy a few years back, my therapist talked about how common it is for children to connect in this way. It helps them cope. Helps them find a way out of their fear. Sometimes they believe they are adopted. Or they are an alien child. In the old Irish tales, people believed that fairy children were sometimes switched with human babes. Changelings.

As I step away from the religion I grew up with, I’m not yanking my roots away. All the same I know I want to let go of the tradition. I’m not bitter. I’m not angry. In a strange way it served it’s purpose. Like an imaginary friend, the stories kept me company. As I learn more truth it’s easier to let go, a little at a time. I can’t relate anymore to the lone, orphaned child or the misunderstood prophet of truth. That’s not me. And no, it never was, but somewhere inside I felt like that.

When you’re involved in Christianity, your life is constant abandonment. What does God want for me to do? It’s constant proving that you are loyal and dedicated. Jesus said to follow him and forsake all others. Pick up the cross and lay down your life. Anyone who loved their family more than him was not worthy of him. It was ruthless. It was constant. It was merciless.

I’m now picking up my life. I’m dusting myself off and standing. Even if no one understands, I feel stronger just by doing it. I’ve decided to learn more about the world around me. Physical things. Science things. People and humanitarian things. This time of gentleness feels so much better.This is true compassion and love.