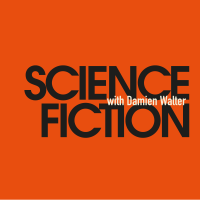 Maya Angelou once said, “When someone shows you who they are, believe them.”
I used to be foolish and believe what people told me. I do hope I have grown past that by now. Other’s have said that they could look people in the eye and tell what type of person it is. I don’t have that gifting I guess. All I see are blue or green and if they have cataracts. For me that is like looking under the hood of my car. I can stare all day at the oil dipstick and the battery cable but I can’t tell a darn thing about the vehicle and why it won’t start.

My way goes back to SHOW me who you are. Yes, people can fake it, but not for long. Something of who the real person is will leak out. I had an incident happen this week that reminded me of this. I was having a conversation with someone and they had said something but meant another, like “I went to Paris” when they meant to say “I went to France”. I was no big deal, but she was shocked, believing she SAID what she had THOUGHT, because obviously her brain doesn’t get her words mixed up. At that moment I received a very clear picture of that person. Here is a person who never faults herself. It’s not so much that she doesn’t think she is capable of error, more that she couldn’t see it. Do you know the time when you got that car, maybe the blue one because not too many people had a blue car and especially not the brand that you had. Then suddenly you see blue cars everywhere. You COULDN’T see them before, but now they are everywhere. In that way SHE couldn’t SEE that she could make an error and didn’t take it into consideration. In her thinking we heard her wrong. Hmmm, all 5 of us.

This is the difference, in my eyes, of arrogance and humility. The arrogant cannot SEE the flaws in their judgement. Their opinion is correct because THAT is all they see. To contrast, there are the humble. And to that extreme there are the self abasing humble people who need to see themselves as well as others. These are the ones who have been long considered low on self esteem and self conscious. Psychologist have been telling them they have a flaw and god know that they are aware of this and they cringe. They want to hide. They see their flaws and are very aware that of the errors of their ways.

It’s time for some moderation. It is good to see others and to give to them and be kind to them, but remember that there are the arrogant ones, who will never see you except to use you as an example or an icon to prove their “rightness.” You had best move out of their way and shut your doors. The arrogant won’t read this so I’m not talking to them because they know more than me anyway. So to the humble I say, Be good to yourself today. Show yourself some love and lock your doors.

One thought on “In All Humility and Arrogance, I Say….”